Ensuring that leaders are put in situations where they’ll succeed is not an easy task. It’s so challenging, in fact, that this will be a two-part blog; in this first part, I’ll focus on why leadership transitions often fail, and in the second, my attention will turn to what you can do to increase your odds of success when bringing new leaders into your organization.

The decision to put someone in a leadership role can never be taken lightly, and in fact, many companies have in-depth processes in place to screen internal and external candidates. Despite this, research on leadership transitions doesn’t bode well for their success; the failure rate in the first two years is the same for both those recruited from outside companies or promoted from within: 40-60%.

Why do so many new leaders fail? It’s not typically due to a lack of time or effort being put into the hiring/promotion decision, but it may be the result of one or more of the following factors:

When leaders fail, it results in more than just individual disappointment; lack of success at the management level can have implications throughout the organization. The issues of wasted time and financial resources exist, as well as the potential for negative emotional impact on the entire company culture—especially when the leader in question has damaged morale and/or customer relationships.

While leaders who fail must take some personal responsibility for what’s occurred, when one or more of the issues noted above are in play, upper management must be accountable for its failures as well.  There are plenty of actions that can be taken to support new leaders and help ensure their success—and we’ll talk about those in the next blog. 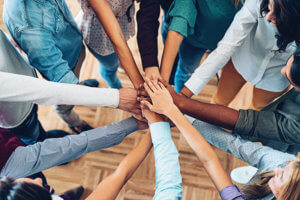 The Challenges of Leadership Transition